Hello! We are continuing the countdown to the release of the August My Monthly Hero Kit! Release day is Monday, August 5th at 1pm Eastern/10 am Pacific. Now let's join Caly for another look at our next kit! I stamped and colored my king and queen using Copic markers before die-cutting. While I was doing this, I realized that the same die cuts both images!  Thought that was pretty neat and think you can make some fun spinner cards! To finish my card, I added the images using foam adhesive and stamped the sentiment below the first step. I really wanted to create a throne scene and I hope I’ve accomplished that with this card.

Win a kit before you can buy it! Just leave a comment on this (and every) Countdown to Creativity post. We’ll randomly draw one lucky winner from all the comments left across all countdown posts. The winner will be announced first thing Monday morning, August 5th, before the kit launches at 10am Pacific. The more you comment, the more chances to win!

Thank you for stopping by today! 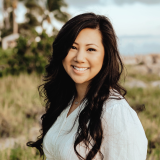 King and Queen in there chairs , the possibility are endless

Such a simple card. Those score lines really add a simple dimension to the card. Very nice!

How fun! I love the possibility and idea for the spinning card!!!

I love how you scored the cardstock to look like stairs!

Great job! Love the stamps and your card design.

the king and queen are sooo cute!

Love the colors on the card it could be a non traditional wedding invitation.

Cheeky greetings!! Love the theme and your simple card

Love this clean and simple card!

Fabulous ideas and a wonderful showcase of the new goodies!

Nice use of these two images! I often have trouble knowing what to do with smaller images, but this clean and simple card does it beautifully.

Old world look to your card :)

I really like how you kept the focus on a couple basic images. They pop!

Another great card the power couple king and Queen I love the lightly blended blue in the back ground and the sentiment Royal Greetings , how wonderful

Love the font go the sentiment!

This month’s set looks so interesting, really like the font and image details. Can’t wait to see the whole set.

Too much fun!! I have a feeling this kit is going to be very popular! Thanks for sharing.

I can hardly wait to see the add ons.

I’d say you nailed the throne scene perfectly! I love the effect of the steps as well. I really can’t wait to see the whole kit. I have a friend who’s daughter is turning 1 this year & I can see so many ‘princess’ cards for her for years to come! (Of course it would be just my luck if she ends up being more of a tomboy..)

Ok love the king and queen sitting on their thrown! Such an amazing idea for this months kit..can’t wait

How delightful! This month’s kit is looking good.

Very nice card, nice to be reminded about using scoring as a subtle touch…

Lovely card! Thank you for sharing.

Beautiful card! It does have a royal look.

Royalty is a make believe world I love and all its entourage too.Cinderella here we come.

I love the sentiment. So fun!! I love your coloring!! The king and queen are so regal!!

What a fun kit!

I love how sleek this card is and the details of the stamps. Can’t wait to have my kit in hand!

I love anything that has to do with royalty or fantasy. This Kit is going to be right up my alley. Thanks Hero Arts.

Love the look of this set!

Beautiful! Love your creative idea to make the “steps”. Looking forward to seeing the whole kit!

Love the queen & king stamp and the way you colored them

Beautiful card, I am in love with this kit already.

Love the look of this set. Very kingly, love the throne room you created. I can see so many things to do with this new kit

I love the bold images against the soft background. The “steps” are a great touch, too. This looks like a fun kit!

Love the whole fairy tale-esque them of this kit! Can’t wait for the whole reveal!

I love the simplistic look of this card but also appreciate all the different techniques that went into its creation!

Oh my god! Can’t handle this cuteness of this stamp! Loving this new kit!

So creative yet simple! Love the how the few little score lines make the illusion of the stairs.

Great card, I just love it!
Cannot wait to create with this set :)

I especially like the effect of the stair steps. You definitely gave the impression of a throne room—nice card!

I love the clean, elegant look of this card! Thanks for sharing.

I absolutely adore the soft blended background – I’m just starting out and can’t wait until I’m creating cards as lovely as the one you posted.

I like the airy nature of this card. I am generally not a CAS cardmaking kinda girl but I’m seriously lovin’ this card. Thanks so much for sharing!

What a beautiful and elegant card!! :)

This card makes so excited to get this kit awesome card

I love the clean and simple design of this card! :) Great job coloring.

Your card is royaly cute!

A card guy for a King and or Queen. Clean and simple card. Love it.

So in love with this kit already!

Love this king and queen set..so many ideas for their use!

So cute! This set would also be great for writing rebus sentences in a classroom writing center! For example: The (image) sat on her throne. Kids love reading and writing them!

Wowsa!!! What cool cards! Now I can’t wait to see the full reveal❣️

Good idea about the spinner card. Thanks for the inspiration!

I know a little girl that would adore this card. She is a princess after all. Beautiful

What a beautiful kit! I just found your blog! So happy to have found it! Love the card!

I love the king and queen. Reminds me of antique playing cards!

I love your royal card Caly! I can’t wait for this kit.

What a beautiful card! Thank you for sharing. This kit seems to come right out of a fairy tale.

Very majestic! Love the way you have scored for the steps.

Fantastic card Carly, the step idea was so simple, yet it makes the scene 💜

Can’t wait for this.

I like the stain glass quality of these stamps.

The king and queen are so perfect

I love Hero Arts! The queen and king with the castle is simple yet interesting. Can’t wait to see the rest of the release.

Beautifully colored and your two embossed lines do make it look like steps – fabulous!

I’m beginning to get the bigger picture—a magical kingdoom theme!

Background is just enough to let the king and queen reign supreme!

Nautilus Pattern Bold Prints In So Many Ways!

Video: Gate Fold Card with the May My Monthly Hero Kit