Hello and welcome as we continue the countdown to the release of the March My Monthly Hero Kit! Release day is Monday, March 4 at 1pm Eastern/10am Pacific. We will be here throughout the weekend, sharing plenty of inspiration before the launch. Now let's join Nichol for another look at this fabulous kit.

Hello friends! I'm so excited to be sharing an aquarium card with you today featuring the My Monthly Hero March 2019 Kit. The die cut aquarium images were colored with Copic Markers and the solid fish, rock, fossil, and seaweed images were inked with dye inks, die cut, and assembled "inside" the aquarium. The background of the aquarium was inked with Blue Water and Sea Glass Reactive Inks, spritzed with water from a Distress Sprayer, and set aside to air dry. The school of fish image from the main kit was stamped three times on the background using the Blue Water Reactive Ink.

The aquarium die from the Main Kit was die cut three times from smooth white cardstock.

One of the die cut aquarium frames was adhered over the background.

Images from the main kit were stamped with Hero Arts inks and die cut with the coordinating dies. The following ink color combinations were used for the fish and other images:

Most of the images were adhered directly to the background. Eyes were added with a black pen. The top frame images were colored in with the following Copic Marker color combinations:

A piece of acetate was stamped with a sentiment from the main kit using White StazOn Ink and sandwiched between the remaining two frames with the colored frame on top. The rest of the fish were tucked into the top design and eyes were added to the remaining fish. I hope this has inspired you to build a colorful, layered aquarium with the March My Monthly Hero kit!

Win a kit before you can buy it! Just leave a comment on this (and every) Countdown to Creativity post. We’ll randomly draw one lucky winner from all the comments left across all countdown posts. The winner will be announced first thing Monday morning, March 4, before the kit launches at 10am Pacific. The more you comment, the more chances to win! 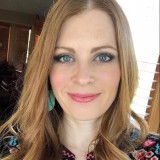 Love all the bright colors.

Such a fantastic card! Love the underwater scene.

Wow this card is so impressive with all of the amazing colours used.

This is absolutely stunning, great fold and design!

I love this aquarium! So much fun!

This kit is going to be so much fun to make cards and have great results.
This card looks very expensive only better than a card company card.

How exciting! An aquarium! I can see how this could be used in So many different ways. This will be an awesome addition to my stash!

Wow that is a great aquarium scene! Love this kit!

Stunning! Love all the colors and with that die…love!!! I’m so excited for this kit!

Great inspiration! This kit is a must have!

Love your card Nichol, Love The color choices too. Amazing.

Very cute cards. I love all your colors.

Love this kit with all my favorite sealife characters and coral and especially the sentiments. Complete card making in one spot and a great breakaway from winter.

Fun card, love how colourful it is!

These are getting better and better…love them!!!

Just sooo excited to see the full kit! Your work is beautiful as always!

So pretty! The layers are just beautiful.

I love the colors of the corals and kelp.

Love the scene you created!!!

I really enjoyed looking into this scene and finding all the little elements that make it amazing.

Love the 3d aquarium look! And that fab sentiment!!

Love your colorful aquarium creation from this fabulous new kit ! Thanks for the inspiration and sharing your creativity !

This is by far my FAV!
The colors and stunning and the layers give it such depth – Fabulous!

Sure would love to win this for my friend :-)
Can’t wait to get this set end of week, so excited! Thank you for such great inspiration.

I love the intricate details of the ocean scene and the brightly colored fish!

Love the colors!! Such a fun card.

Loved the little fish peeking through the sea grass.

Love all that I am “SEAing!”

Beautiful use of the colors and all the elements of the new kit. So excited to see everything available

This card just makes me smile!

Love this colorful fish tank Nichol! This die is fabulous! Thanks for the inspiration!

I love the look of your 3D aquarium look. Thanks for the inspiration!

I love this aquarium card, Nichol! It’s just beautiful. This looks like another amazing Hero Arts kit. I love seeing the cards you make with the kits.

Love the fishies peeking out from the seaweed!

The tank die is so unique. Really pretty!

Love the rainbow of fish and sea creatures!

This is an amazing card, a lot of activity in it.

Wowzer! This reminds me of the little mermaid! <3

I think my jaw is actually on the floor right now. This card is AMAZING!!! I’m so excited for this kit!!!!

Love every card made from this kit

Love your amazing card! It’s so colorful and the frame die makes it so unique.

What a stunning card! Love that it looks exactly like an aquarium!

What a beautiful creation!!

Ooh this one is so pretty!! What a cool aquarium! Awesome work! :)

What a lively card. Love it’s use of the aquarium die and all your great little fishies. Thanks for sharing.

The aquarium frame die is cunning. The side windows really make it work. Your creatures are nicely placed. Great card!

This is another amazing aquarium card with a beautiful background and
colorful selection of fish!! I so love to own this kit to make colorful cards!!

Love this card!! It’s so beautiful with all of the bright colors. Reminds me of the salt water tank I had years ago!!

Nichol,
You make the most wonderful scene cards!

Nichol,
You make the most wonderful scene cards!

I really love the aquarium feature of this kit. Your card is very cheerful—love it!

I love this card I stop scrolling on IG to admire it. Beautiful Nichol. I would love to win this kit. Thank you hero arts for the opportunity.

I love the dimension the aquarium frame gives, and the fish peeking out of the seaweed fronds!

Love this card. It’s gonna be a great kit!

Beautiful! Thanks for sharing the process and specifics on colors!

I love this. I’m so excited to get this kit. Hero Arts and you Designers are the best !

The list of colors used on this card is sooooo appreciated! The colors go so well together! Color decision-making is narrowed to general categories, and when my kit arrives, I just have to go through my stash and find a color family that works and start playing with my new MMH.

Nichol, this looks amazing! I love all of the die cut images and they show up so well on your card.

Awesome card! Love that Aquarium die and that school of fishes stamp!

Nicole,
Your work always inspires me.

Oh, this is so beautiful! The scene is so serene. I just want to be there! I especially love the school of fish in the background. Happy place!

Nichol, this is a beautiful card!! Thank you!!

The details of your post are a delight! I look forward to creating with this kit!

Nichol, this is the perfect card for my grandson since he just set up his first aquarium. I love all the sea creatures you added. Your aquarium is full to the brim!

What a beautiful card. I love the die cut!

Beautiful colors and details! Love the dimension! Looks like a fabulous kit!

I totally LOVE this aquarium idea!! Can’t wait to do this!

Wow Nichol, this would be in a shadow frame for keeps! Your card is stunning and I love the fish peaking out from the grasses. This is stunning!

The beauty of this card is astounding. The colors are vibrant and amazing.

I love the aquarium look! Great color selections and placements!

Great card and it looks like an equally great kit.

This card is amazing! Love all of the colors. Also love that you have them eyes.

Fun. Fun. I have “under the sea” items in my stash but not aquarium. It’ll be fun to see how this kit will enhance and coordinate with other stamps I haven’t used for a while to create more watery scenes.

Fun. Fun. I have “under the sea” items in my stash but not aquarium. It’ll be fun to see how this kit will enhance and coordinate with other stamps I haven’t used for a while to create more watery scenes.

This is a beautiful card, and thank you very much for specifying all your materials.

Love all the sea elements in this! So colorful! Beautiful arrangement!

Oh my ! Your card is wonderful. Every time I look at it I see something else that I missed before. Can’t wait to see the whole kit!

Oh my gosh this is so clever! Great work

Your aquarium card is absolutely stunning! Such a clever die and a beautiful kit!

The layering and depth of this card is amazing. Nichol you always amaze me with your scene building and the time and detail you put into your scenes. I hope there is a video of this one somewhere. Hero Arts: this is yet another great monthly hero kit! I’m sure it will sell out fast!

So 3Dish. Love the colors..Anyone would love to receive this piece of art.

I adore all the colors! So bright, cheerful and summery!

What a super cute sentiment! Love this!

Shake It! Interactive Card with Mindy