We are back for the final countdown post leading up to the release of the June My Monthly Hero kit! Release day is Monday, June 4th at 1pm Eastern/10 am Pacific. We have been sharing ideas for using both the main kit, as well as new optional add-on products that will be available on Monday. Don't forget to leave a comment on this and every post as we will be giving away a kit on Monday. Now let's join Janette, who's sharing a bit of summer love...

Sandra Dee has nothing on this summer lovin' My Monthly Hero kit! Summer and water are nearly inseparable, and that is where I began this card. I stamped the color layering waves in colors included in this month's kit: Soft Sky for the fullest background layer, Summer Sky for the second, and Deep Ocean for the third. I let each layer dry between applications of ink to maintain crisp lines. Next, I Copic airbrushed the background in Y15, YR16 and RV25. The color layering clouds were created by stamping with a mist of isopropyl alcohol directly on the stamp. The alcohol works like a Copic blender to give a bleach like effect. Repeat with the second cloud layer, after the first has dried, to enhance detail.

Using alcohol on stamps regularly probably isn't the best idea, but I have yet to have an adverse reaction or any apparent damage. Please use this technique at your own risk. I stamped the dolphin in Soft Granite, also in kit, directly over the Copic coloring. When looking closely you can see that the stamping ink appears to dissolve the Copic ink leaving an almost masked effect which gives a bit of definition to the border of the image.

I matted the image using a Nesting Hearts Infinity die cut into Snow Layering paper and adhered both to a Snow Folded Card. The card was completed with a few Moss palms and a white embossed sentiment.

Win a kit before you can buy it! Just leave a comment on this (and every) Countdown to Creativity post! We'll randomly draw one lucky winner from all the comments left across all the countdown posts, and announce the winner first thing Monday morning, June 4th, before the kit launches at 1pm Eastern. The more you comment, the more chances to win! Good luck! 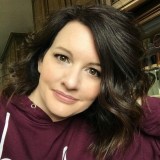 So pretty and relaxing.

Beautiful card, Love using the heart frame and the colors are wonderful. This will be a fun kits to make cards with!

I enjoyed the heart die used to create the window something different and eyecatching! i will try this one.

This card is really beautiful! Did you make a video of how you did each step?

I love the card. The background is gorgeous!

LOVE this kit – your card is wonderful; just love the view from the heart window!

This set looks gorgeous! Hoping I can get my hands on it!

Can not wait to try this technique! Am so excited!

Ohh, I love dolphins. Such a lovely card. Looking forward to seeing the kit.

What a relaxing view!

I hugged and kissed a dolphin in Hawaii in May. I love those animals. It really was a wonderful experience.

Oh I love the sky combo with the water

The colors are stunning in this card.

Such a tranquil looking card. I like the whispy looking clouded.

I am so excited to try this technique! Beach scenes will be so lovely using this kit!

Beautiful card! Thanks for the tip on stamping the clouds!

I love this card, the clouds, the waves! Beautiful

Lovely summer card. I like the cloud stamping idea. Such a fun kit, can’t wait to see it all.

Love the how the dolphin looks outlined. Sometimes you never know how things will turn out….glad it was like this!

I love the colors on this card. It speaks to beach life. Love it.

I feel the ocean breeze. Love this card.

What a beautiful card! Such a relaxing scene!

Love this card! My sister lives in Florida and this would be perfect to send to her. I have to keep the idea handy!

I must say that I love everything about this card from the coloring of the background to the jumping dolphin with palm trees appearing through a heart shape cutout with embossed sentiment!! I love every card in this countdown dealing with summer and can not wait for kit to launch!!

I like the idea of using the alcohol to stamp the clouds, looks realistic. Dolphin is adorable, perfect touch to set off sunset sky and ocean.

Enjoying all the sneak peek cards—-Can’t wait for the new release!!!

What a stunning card! Really beautiful.

I can’t wait to see the whole lot this morning.

Great card as always Janette! Your blending with Copic airbrushing is wonderful as always. So excited that there’s a dolphin included too and another ink color along with the three for the waves. So excited for the release in the morning!!!

Amazing card. Love the dolphin jumping out of the water. This kit is going to be so great.

Love your card! Can hardly wait to see the kit.

Such an enchanting card – beauitful in every way! TFS :)

Love the clouds. Such a beautiful card :)

That’s a scene one would wish for while at a tropical destination, for sure! Lovely how you put it all together and great idea about creating the clouds on a copic colored background!

You can feel the ocean breeze! Love this kit!

What a cute idea to use a heart die for the cut out shape. Very smart. And clever way to get more out of your dies

Great card! Love the stamps and colors for this kit shown so far. Can’t wait to see it all!

Beautiful card, love the heart and the dolphin. Thanks for sharing your techniques with us!

I love the clouds! I’ll have to try it.

Your card is so pretty. Thanks for sharing your technique.

Lovely card. I just love the way you colored the sky !!!!

I love the look of the stamped dolphin over the Copic colored background.

This is muy favorite

The clouds are beautiful.

Wow! I would love to see the process you used for the clouds! Your card is a work of art!!

This card is so beautiful!

I cannot wait to see the kit this month. Love the background on this card

Amazing cloud technique and beautiful sunset coloring. Thanks for sharing.

This card and kit are gorgeous! Oh it would be a dream to win!

Absolutely love this card! I’m super excited to see this kit, it has so much potential.

Oh, wow! There’s a dolphin in the set too! A heart window is so appropriate!

Another wow card! I am so inspired and can’t wait to see the whole kit!

What a gorgeous scene. Can’t wait for this kit!!

Yea! I don’t have any dolphin stamps and my 3-yr old granddaughter loves them! Can’t wait!👏👏👏

I really love this card!! The colors are so beautiful!!

Another summer card, so pretty.

Great effect with the clouds!

That will be perfect for summer. So cute.

The clouds in this card are outstanding! They look so pretty!

The clouds in this card are outstanding! They look so pretty!

I love this kit and have enjoyed all the cards. I especially like the sky in this card… “Red sky at night a sailor’s delight…"

What an interesting idea for the clouds. I’ll have to try that

I really like the blended sky. The waves in this kit are really nice.

So pretty the colors really pop

The clouds are gorgeous, love this!

Ok. While I love the mermaid, I think you saved the best for last. Beautifully colored.

I love this card, it makes me miss the beach. I love to watch the dolphins playing and this sunset really makes the dolphin pop.

Thanks for sharing your beautiful card & the opportunity to win. Looks like another awesome kit from HA.

Wow, wow! I think this is my favorite sneak peek card. Your airbrushed background is gorgeous and I love the beautiful scene you’ve built!

Awe what a wonderful sunset colors!!

Oh I love this, evokes memories of Dolphins seen off the Space coast in Florida and in the bay of the Kapiti coast here in New Zealand. An amazing sight and a beautiful,beautiful card.

Such a gorgeous project, that could be used for a variety of different occasions.

Another winner, so pretty. Waiting eagerly to see the full kits tomorrow morning.

This is a sunset dream!!! Very lovely.

A lovely card, thanks for sharing, and the inspiration.

What a happy and peaceful card! Beautiful! I love the waves, and the addition of the dolphin.

I can hardly wait for tomorrow – what a beautiful card. Love the dolphin!

Every sample card is making it harder for me to wait for the kit to appear in my mailbox. They all look wonderful

Love the dolphin in the sunset, it reminds me of Destin Beach just fantastic!

Wow! Makes me want to be there with the dolphins and the beach! Thank you so much for sharing because I love the colors and everything about this beautiful card!