It's time for our second countdown peek! The July My Monthly Hero kit will be available to pre-order on Monday, July 13 at 1pm Eastern/10am Pacific. Now let’s join Daniel for some fabulous inspiration using this month's kit!

Hey there, friends and fans of the My Monthly Hero! Daniel here with some underwater adventure to Atlantis! This month's kit has us looking for the ancient legend and finding so many fun things at the bottom of the sea. To create this scene, I began by creating a background scene on Dove White Cardstock by blending some Deep Ocean and Cornflower inks in diagonal lines across the front. Then, I die cut the foreground image die out and with the negative piece, I stenciled in some ridges near the bottom with the blending brush. To finished the background, I stamped the ruins, the Atlantean and the dolphin images in Deep Ocean Ink, and the sentiment in Intens-ified Black Ink. To create the foreground image, I laid down the most solid layer with Cornflower ink. Then, I added the detail layer with Deep Ocean. for the last colored layer, I used Dandelion, Pale Tomato and Rose Madder inks. Finally, I die cut the foreground image out and popped it up on the front of the card base and trimmed of the overhang.

*** Win a kit before you can buy it *** Just leave a comment on this (and every) Countdown to Creativity post. We’ll randomly draw one lucky winner from all the comments left across all countdown posts. The winner will be announced first thing Monday morning, July 13, before the kit launches at 10am Pacific. The more you comment, the more chances to win!

Thanks for joining me today! 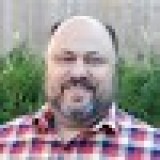 I really love this card! Ask the blue hues (AND I rhymed! 😂😂), but to mention the added depth you gave it by creating a stencil with part of the die cut. This is one of my favorites so far!

I simply must have this set it beautiful. The color are amazing. Simply gorgeous.

What a unique monthly kit/release! I love how you used the negative piece as a stencil- the results w/ the background blending and cornflower/ocean blue combo is beautiful!

The layering of colors is just gorgeous! Love the Atlantean theme.

Such a cool ocean scene! I love what you created!

Daniel, love this seascape with Poseidon.

Just a cool blue masterpiece, and a wonderful homage to Atlantis.🌊

Wow! This is gorgeous!
Valerija xx

Love what you did with all the yummy blues. Lovely.

Great card! Thanks for sharing!

Love the colours. Cant wait to see the ocean again.

I’m loving the cool underwater theme of this month’s kit!

such a beautiful scene!

What beautiful color combinations! I love this card!

I am loving the vibrant ink colors.

This is gorgeous. I love your color choices.

Your card is so eye-catching. The rays add such great guiding lines to the scene and draw your eye.

WOW, your coloring is spectacular. Love the details and all the layers. Wonderful job!

What a beautiful underwater scene Daniel just amazing! Thanks so much for the inspiration!

Love those pops of color! It makes Posiedon look even more mysterious.

So cool! An underwater world so beautifully detailed! Love your card!

Daniel, I love your take on this.

Oooh, pretty! Love the story of Atlantis, and this is a very fun kit!

Intrigued by the ruins, and now another wonderful sentiment ! Beautiful card! Perfect touch of color in the foreground!

Love all the color used in this. Great set!

Love the created scene and especially love the colors and sentiment! Wonderful card – thanks for sharing!

There is something magical about being under the sea! Love what I’m seeing.

Yup, each day this kit looks more and more exciting. I might just have to have this one!

Wonderful underwater scene. Reminds me of scuba diving in the Mediterranean.

What a neat effect creating the background stenciled with the diagonal light rays – thanks for sharing!

Oh wow. What an awesome give away

I am loving this kit! I love the ocean and I can’t wait to create an underwater scene such as this one. Thank you for sharing and I love the colors you chose.

Very nice. I like the rays of sunshine that have made their way down.

Wow, those pops of bright colors in the ocean blues. Amazing.

Like that King Neptune is in this underwater scene!
I need to have this in my collection!

ooh LOVE this underwater scene – thanks for sharing

Wow what a gorgeous card in those blue colours…it creates a wonderfull underwater look.

Poseidon too! This month’s kit looks to be great fun. I like the shading on your card.

I love it, you discovered the lost city of Atlantis!

Neptune guarding the ocean makes this the perfect card for the boys & men in our lives. Love it!

oh, I just love underwater scenes and this one is so gorgeous!

What an amazing theme for this month’s kit! I love this card and the mythic feel it has!

What a fun card with lots of detail! And these colours! 😍

The sunlight shining through the water has such a realistic look! Beautiful!

I love your use of stencils and the use of negative pieces. Another beautiful card! Thanks for sharing.

Great card Daniel! I love the blues you chose and the light shining onto the scene. This kit looks as if it will be fun.

What an awesome scene, Daniel. I want to dive right in!

This card is stunning! Love everything about it. The colors are beautiful!

Beautiful card! The scene draws you in and invites you to imagine the story behind it!

Nice combination. I like the light shining through in the background.

A kit like i love. Hero arts makes amazing kits, i love them. This one seams to be gorgeous, and what you create is too.

Your cards are always so unique and imaginative. You can almost feel the warmth of the water from the sun’s reflections on it. This kit looks like it’s going to be a lot of fun to work with.

The colors are beautiful. Underwater cards are one of my favorite to make. Thanks for the great ideas.

Beautiful card and it was very clever using the leftover part of the die cut to do the stenciling. This is such an intriguing kit. Looking forward to seeing more reveals.

So cool to have Atlantis in a ocean scene. I LOVE it.

Love the dèp ocean look with the ink blending. Such a pretty card, thanks for sharing.

The pops of colour are fantastic!

Normally I’m not a fan of silhouette stamps. However you showcase this feature set nicely.

Such a great look. Daniel did a fantastic job making this

That’s awesome Daniel- thanks for the peek👁

Love all the colors!

This card is adorable! Reminds me of The Little Mermaid. 💖

Beautiful card. I love the colors.

This is just too cool! Can’t wait!!

I love the colors, the die cut and the stamp it makes me feel like on your on the ocean floor. Love this monthly kit

I love the colors, the die cut and the stamp it makes me feel like on your on the ocean floor. Love this monthly kit

Daniel! Fantabulous! I love how you made it look like sun rays shining through the ocean! 💕

I love these new stamps!

This is such a beautiful scene!

These three blue inks are superb! I really like the way you’ve allowed for bits of rays of light to penetrate the water Daniel.

love the rays and the coral color choices!!

Beautiful and elegant composition and great use of color! Thanks for your creation inspiring!

What a beautiful underwater scene. Makes me want to go diving.

Fun card! Love the columns in the background

Love the different colors of the coral!

I think I can’t wait for it to come out!

The mysteries of the deep blue sea, protected by neptunes trident… so calming and mysterious?… what else lays below the seas of Atlantis. Uhemmm, oopsie… mini mental vacation alert. Thanks for this getaway kit!🐋🐬❤

I really like the bright pops of colour against the blue!

Underwater Atlantis! Just the kind of fantasy the world could use in fighting isolation. Can’t wait to see the rest.

Great card! Looks like it is going to be a fun kit!

I just love all the reef elements and ruins in this card!

Celebrate with a Fiesta!