I was baking a batch of pumpkin spice muffins a few days ago and wanted to "spice" them up a bit! I was also trying to convince myself that they were muffins (and therefore healthy) so I decided against adding frosting. ;) But I wanted to add a little sweetness so I die-cut the Autumn Icon Fancy Dies from parchment paper. I spritzed the parchment paper with water so they'd be a little more flexible.  Then I simply laid them over the tops of my muffins and dusted them with powdered sugar until the tops of the muffins were white.  I carefully removed the parchment dies and was left with a pretty leaf design on the top of each muffin! Again I went fairly simple for these muffins but the sky is really the limit in using dies as stencils on baked goods! I could have frosted the muffins with a cream cheese frosting, laid the stencil lightly over the frosting, and sprinkled it lightly with cinnamon.  It wouldn't have been as defined a shape but you'd definitely be able to see the leaf! I also debated making a cake and using the stencils all around the edge of the cake to create a leaf pattern with cocoa powder. You could also die-cut the pumpkin and sprinkle colored sugar over the pumpkin to create a larger design! Or you could save the negative from the die, place that over the treat, inset the leaf and follow the same process so that the powdered sugar or cocoa powder would only cover the area of the leaf design rather than all around it as well. That might be a better use of cinnamon! ;) Finally I decided to create a little tag since I had my dies out! I die cut the Tag Infinity Dies from off-white cardstock. On one tag I die-cut the leaves and reserved all of the inside pieces. On the second tag I adhered stick-it adhesive to the entire front and trimmed off the excess. Then I die-cut the leaves with an orange and burgundy cardstock.  To assemble the tag I adhered the first tag on top of the second, inset the colored leaves into the tag, and then carefully replaced all of the inside pieces of off-white cardstock. Once that was done I trimmed the sides of the tag and added some twine to finish it off!

I hope this gives you some fun ideas on how to use your crafty supplies in the kitchen! ;) Thanks so much for stopping by and have a wonderful day! 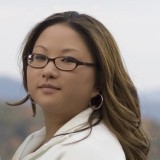 This post just came up in a search while I was shopping and I absolutely love this idea! I’m so glad this came up even though it is a few years old now. I’ll definitely keep this as an idea in the baking “toolbox”. Thanks, Jessica, for a great idea!

thank you for sharing such a great idea.

This is great – can’t wait to try it out!

This is a great idea and the result is super great !

Perfect touch of genius. Thanks for sharing.

This is such a great idea!!! Why am I just seeing this now!!! I can’t wait to try this on my muffins! Thank you for the great idea! Oh and the tags are darling!

This is such a great idea!!! Why am I just seeing this now!!! I can’t wait to try this on my muffins! Thank you for the great idea! Oh and the tags are darling!

Such a great idea and it looks fabulous and so professional. Love it!! And thanks for the helpful tip about the parchment paper

What a pretty way to decorate your muffin/cup cake!!

I wonder why I never think of these clever ideas. Thanks for sharing this as another way to use our dies.

What a creative idea!! Yummy yummy :)

Yum! These look amazing and so delicious! Great idea, Jess!

well those muffins certainly look yummy, but also so pretty – darling tag!! thx for telling me how you created the decorations.

Saturdays with Sally - You are SPE-SHELL!

Through the Looking Glass or Under the Sea?